WHAT FLIES DO YOU USE FOR FLY FISHING?

There are many types of flies that you can use for fly fishing, including dry flies, saltwater flies, salmon flies, wet flies, streamers, and nymphs. Flies imitate fish prey and represent both immature and adult stages of many species of insects. 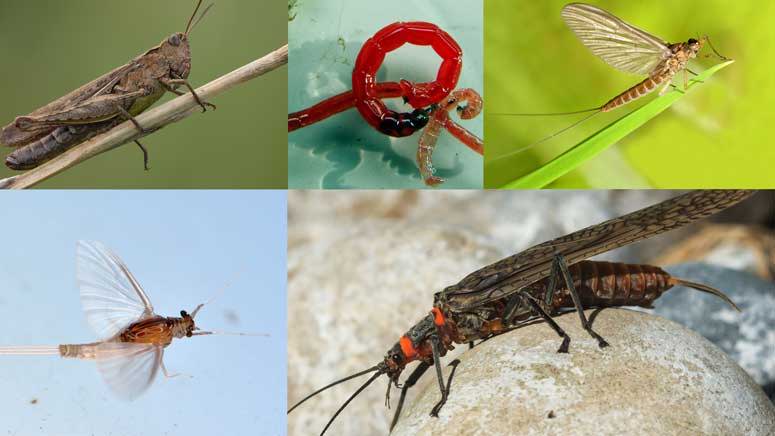 Given the range of food available to fish, the range of flies is equally large. Fly tiers create diverse options for specific situations, depending on the season, the type of fish that you want to catch, and even the weather conditions.

For example, dry flies mimic the appearance of aquatic insects and other food items, such as small mammals that have fallen into the water. Nymphs are a type of fly that imitates the appearance of young insects as they emerge from the larval stage. These typically feed at the bottom of lakes, rivers, and streams.

Lastly, streamers are a type of fly designed to imitate various species of crayfish, baitfish, and leeches. In some aquatic environments, they are the primary food source for fish.

Wet flies mimic the appearance of insects as they swim towards the waters’ surface and are the grandfathers to modern day emergers. Fly fishers typically use them for large freshwater fish, such as trout. 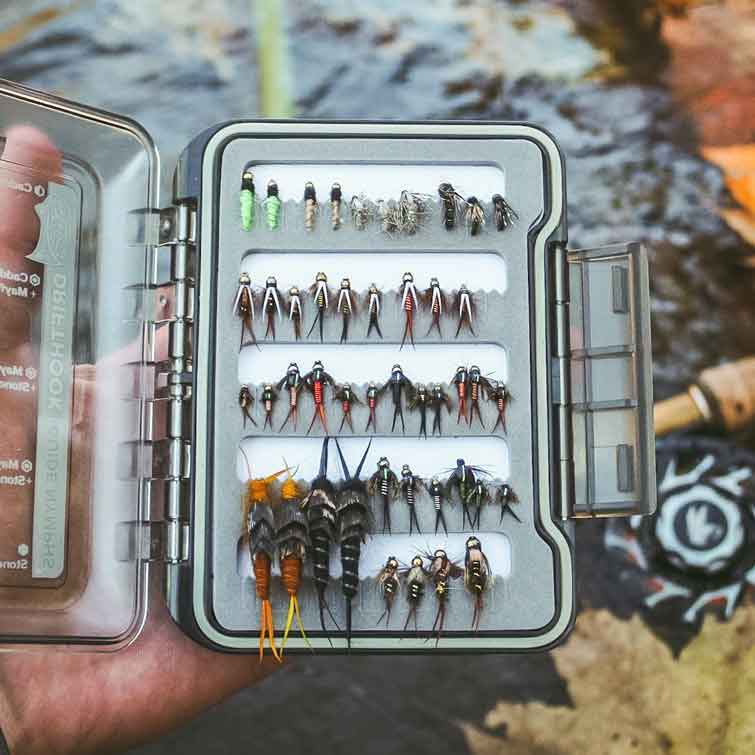 Still curios? Click here to find out What Flies Do You Use for Fly Fishing.

WHAT IS THE BEST FLY PATTERN FOR FLY FISHING?

Which fly you choose depends very much on the style of fly fishing you do. For this reason, there isn’t one “best fly.” It depends on the situation.

Dry flies, for instance, sit on the surface of the water, waiting for fish to come up from beneath and eat. Nymphs are a good option for going deeper to find fish. They tend to have the most variety and are created to represent insects during the early stages of their life.

Streamers make patterns in the water designed to aggravate fish. They are good for catching larger species. Most streamers imitate minnows and leeches, though there are other options. Typically, anglers use these when they want to catch predatory fish.

When fly fishing for Bass, Popper flies are another option. These require you to move them around realistically in the water but can be highly effective at the correct times of the year. 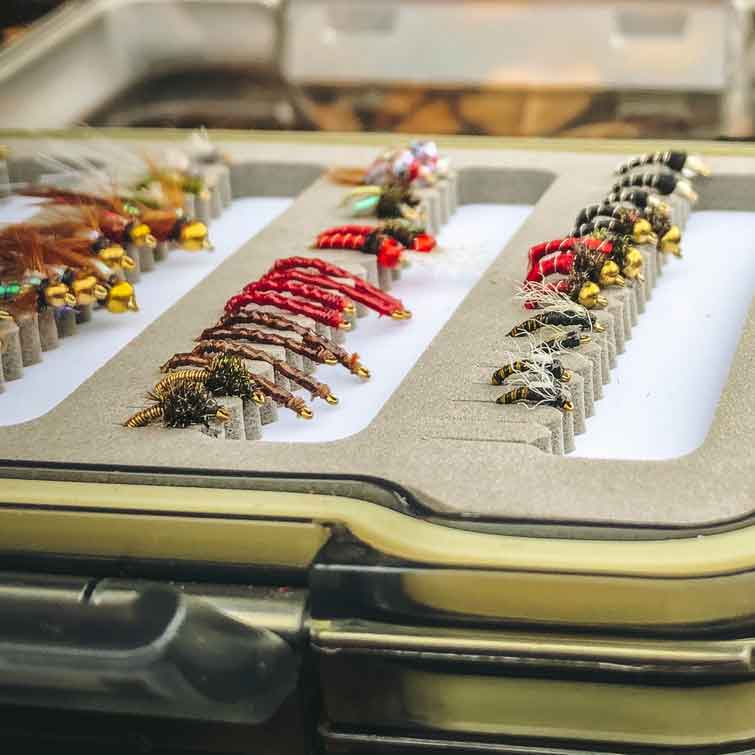 Click here to find out What is the Best Fly for Fly Fishing for your style of fly fishing.

WHAT FLIES ARE IN SEASON FOR FLY FISHING?

Flies change in season throughout the year. Unless you’re an experienced angler, you won’t always know which fly to use or what time you should use it.

Fortunately, we have a seasonal hatch chart that shows you when you should use various types of flies. Some flies, such as midges, are suitable for use year-round. Others, such as terrestrial flies or caddis, are highly seasonal, only suitable for use during the summer months and early fall, running from May until October.

There are also certain flies that have split seasons. For example, egg flies are suitable in the middle of spring and the early part of fall, but not at other times in the year.

Mayfly and worm flies have lengthy seasons. However, they are not suitable for the depths of winter - particularly the coldest months of December and January. 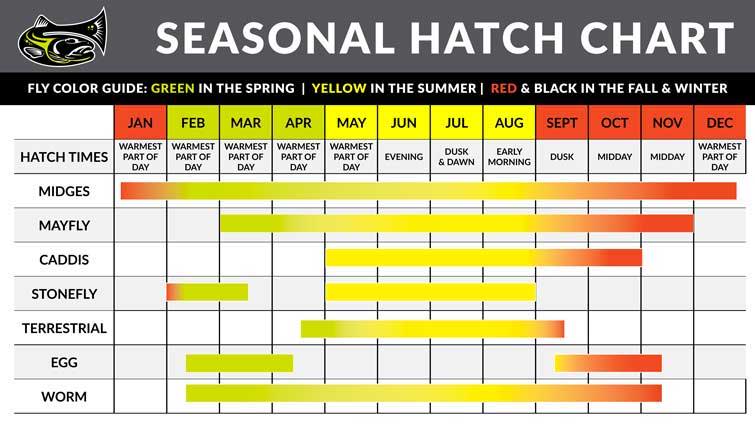 Click here to find out What Flies Are In Season For Fly Fishing.

HOW MUCH DO FLIES COST FOR FLY FISHING?

How much flies cost depends on the vendor. However, you can usually pick up most flies between $1.25 and $3 a piece.

Factors determining the price of flies include the materials it is made of, where it was made, and the distance it traveled during shipping. As you explore fly prices, you will notice that they vary considerably. There are flies available for under $1. However, these tend to fall apart quite quickly following heavy use.

On average you can pick up a great pattern for around $1.75 to $2. These offer the best trade-off between quality and affordability. They won’t last as long as premium flies, but they will provide you with reliable performance across an entire season.

$5 to around $15 is the price range for the top-of-the-range flies. These tend to have exotic materials, accurate colors, and many embellishments that make them true to life. Some vendors also make them so that they glide through the water more realistically, thanks to special aqua dynamics. As with most products, you pay a premium for the highest quality. 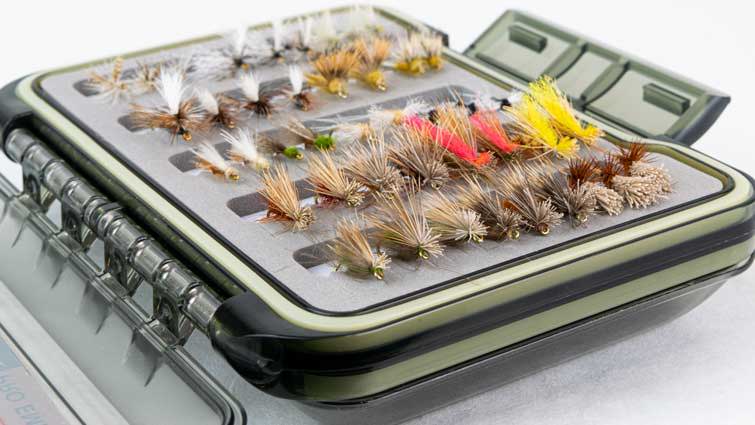 Want more? Click here to find out How Much Do Flies Cost for Fly Fishing.

WHAT ARE FLY FISHING FLIES USED FOR?

Fly fishing flies are a highly versatile pattern. Fly tiers make them to mimic both the appearance and life stage of the prey that fish typically consume.

The type of fish you want to catch will determine the fly that you use.

Nymphs, for instance, are best for anglers who want to catch fish, such as trout, that lurk close to the bottom of the water. That's because when prey is in the nymph stage, it is much more likely to remain deep.

Dry flies are designed to draw fish up to the water's surface, making strikes more obvious. They typically resemble caddisflies, stoneflies, midges, mosquitoes, and other water-borne insects. Fly tiers sometimes attempt to "match the hatch" by creating insects that look similar to those who naturally live around and on top of the water.

There are also “attractor flies.” These don’t look like regular insects at all. Instead, they feature bright colors and patterns, encouraging fish to bite without first observing what their prey looks like.

Lastly, streamer flies mimic larger prey. Rather than leaving the fly in the water and waiting, anglers retrieve streamers through the water to imitate a creature fleeing or swimming. These fly patterns are for predatory fish because they closely resemble a living creature. 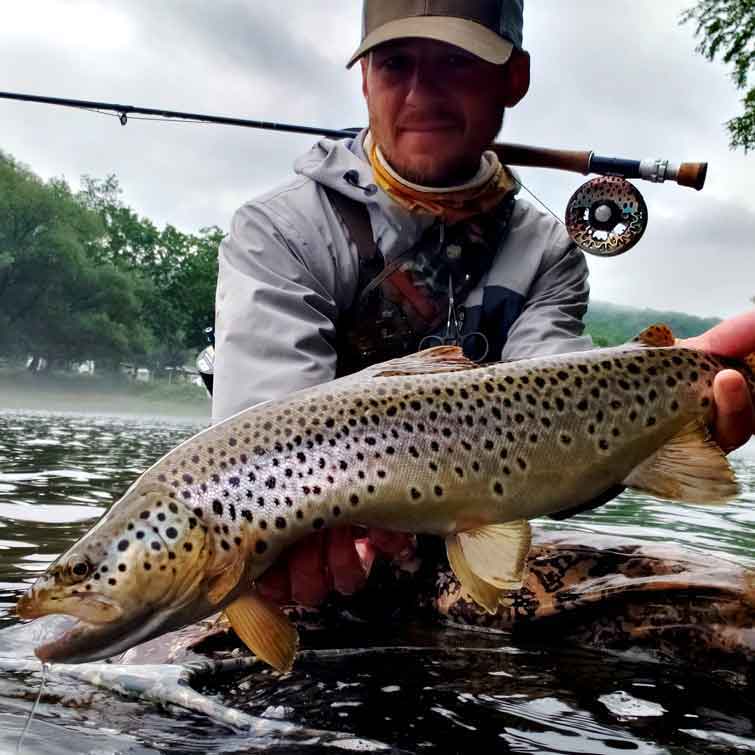 Check out our articles on What Are Fly Fishing Flies Used For?