WHAT FLIES DO YOU USE FOR FLY FISHING?

One of the most asked questions we get is what flies do you use for fly fishing? It’s understandable, as there is seemingly no end to the pattern choices of fly fishing flies on the market today.

In the sport of fly fishing, there are several categories of fly patterns. Each pattern serves a specific role. But the essence of an artificial fly pattern is to mimic a food source that a fish is trying to eat. These patterns range from mayflies to caddis or baitfish to leaches and everything in-between.

As a general rule, you can use Dry Flies, Emergers, Nymphs, Streamers, Euro Nymphs, and Wet Flies when fly fishing. There are also specific patterns designed for saltwater and warm water species such as largemouth bass and carp. 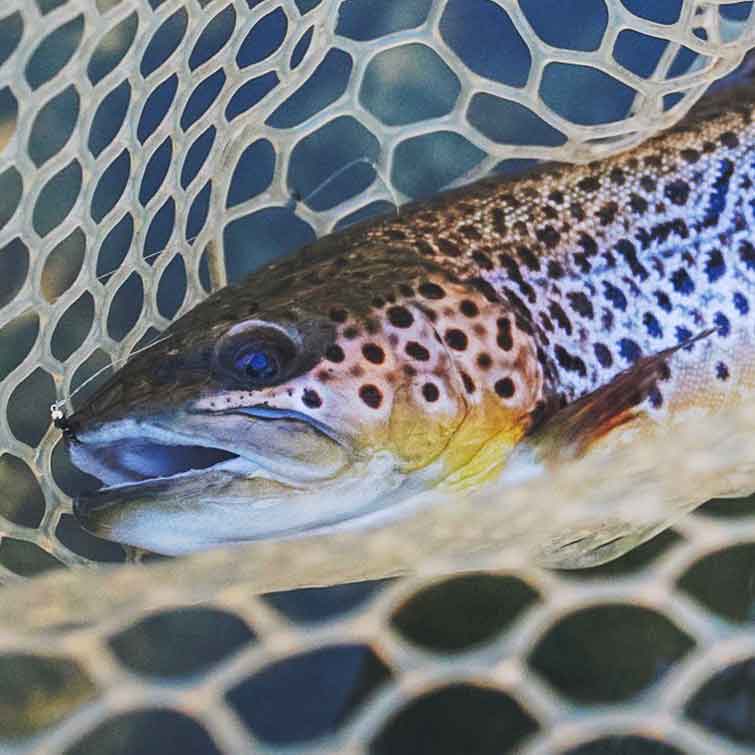 WHAT IS IN YOUR FLY BOX?

Still curios? Click here to find out How to Identify the Flies in Your Fly Box

A nymph is a fly fishing pattern that represents the immature form of an insect with simple metamorphosis. Nymphs live underwater until they reach the emerger stage when they come to the surface to transform into adulthood.

Nymph Fly Fishing is a technique of fishing one or multiple nymph patterns under the water in the fishes feeding lane to attract a strike or take.

The majority of nymph patterns that are tied represent one of these seven categories: Midges, Mayfly, Caddis, Stonefly, Damsel Flies or Dragonflies, and Scuds or Sow Bugs. Some patterns, such as the Copper John, represent both the Mayfly nymph and a Stonefly nymph.

Because trout feed 90% of the time underwater, nymphs will be the best fly fishing pattern for year-round success. 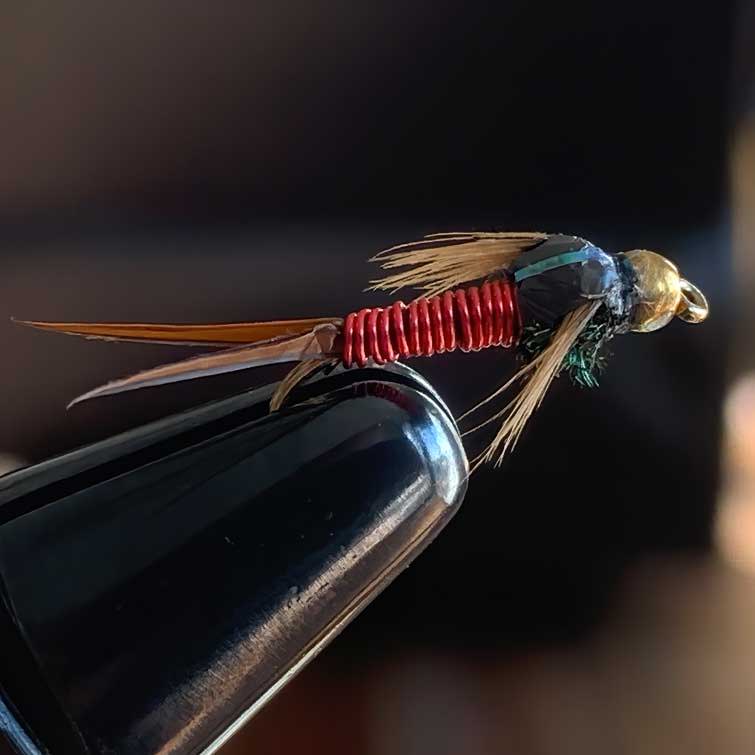 WANT TO KNOW MORE ABOUT NYMPHS?

Euro Nymphing is a technique in fly fishing that utilizes longer, lighter rods with extended leader systems. It has been developed throughout the years from the CZECH, SPANISH, FRENCH, POLISH and is growing in popularity in the United States.

When Euro Nymphing, traditional indicators are rarely used, but instead, sighters on the line and the feel of the rod determine a strike from a fish. This type of fly fishing is also known as tight-line fly fishing, and specific patterns have been developed to help with this technique.

Modern Euro nymphs typically have jig-style hooks, so the hook rides upright when drifting through the feeding column. They are also typically weighted with a tungsten bead head to increase the sink rate of the fly. These patterns also follow the traditional nymph categories such as mayflies, caddis, and stoneflies. 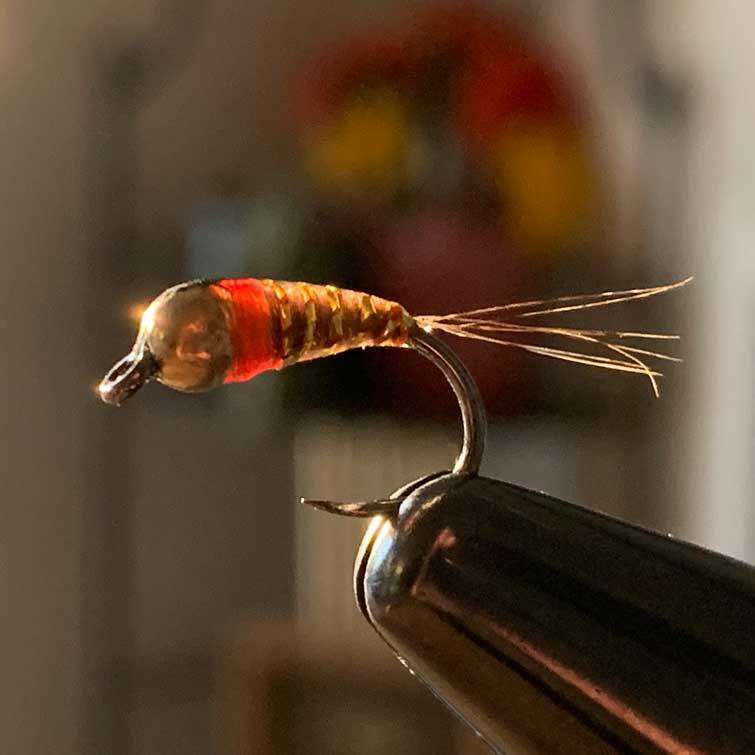 Emergers represent the late stage of the nymph's metamorphoses. This is the stage when the insect is making its way to the water surface to change into an adult. Many emerger patterns have similar characteristics to a nymph.

The difference is that emergers are tied to be fished in the middle of the feeding column or just below the water surface. These patterns can be used the same as a nymphing technique but also as a trailer for a dry fly fishing presentation.

You will typically find emerger patterns in Mayflies, Caddis, and Midges. Emergers are a significant portion of a trout's diet and are a very successful fly pattern when fly fishing. 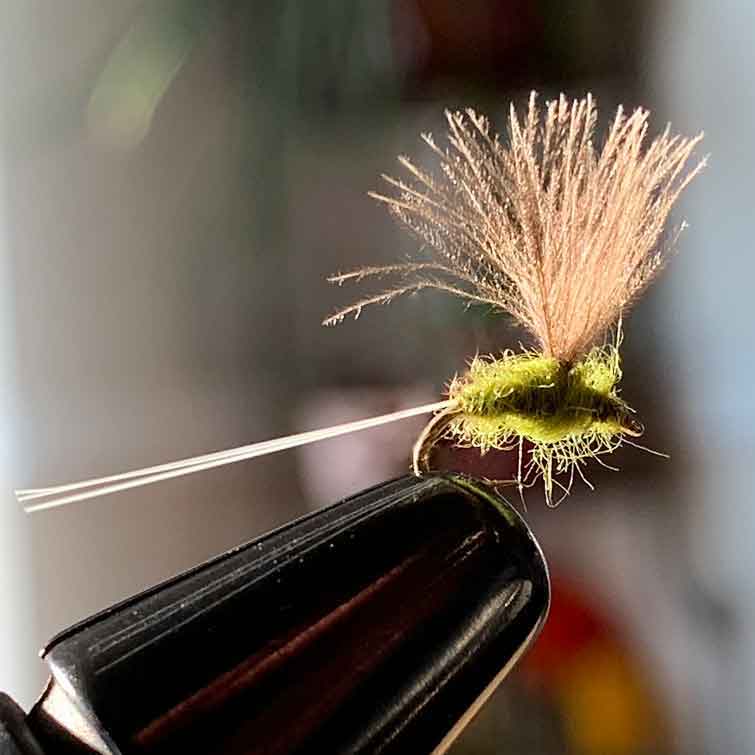 Dry flies are designed to mimic the adult stage of an insect. Dry Flies get their name because they are designed to sit on the surface of the water and "stay dry." The oldest recorded date of dry flys first used can be found in the December 17th issue in The Field back in 1853. The material and designs of these flies help the fly sit on top of the water's surface.

Dry fly fishing is considered one of the purest forms of fly fishing and is practiced worldwide. 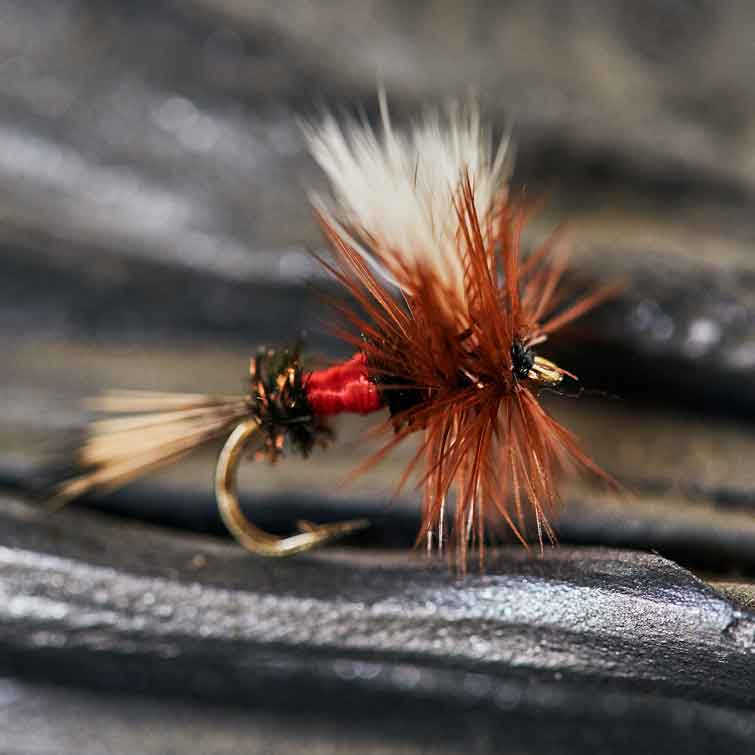 Check out our articles on Dry Fly Fishing Flies

The traditional wet fly was developed in the British Isles for streams and lakes, and they were also pioneered in the Americas in the 1800s. Anglers from New York to Montana used these designs chasing trout, steelhead, grayling, and sea trout.

The traditional wet fly was designed to replicate aquatic insects and terrestrials as well as small baitfish. Today when someone refers to a wet fly, they are most likely talking about nymphs.

To fly fish a traditional wet fly you swing your line across a feeding zone. This technique is called a "Wet Fly Swing." 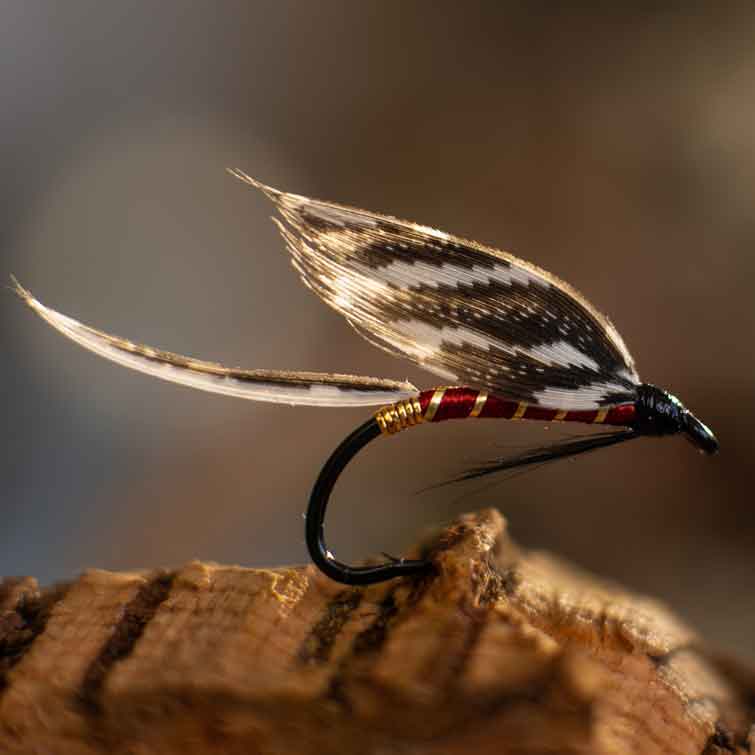 Check out our articles on What Are Wet Flies in Fly Fishing?

Streamers are a fly fishing pattern representing baitfish, leeches, large aquatic insects, and small fish. Typically, they are bigger than traditional fly patterns such as nymphs and dry flies.

Streamers are fished using a tight line retrieve as well as dead drifting. Streamers are used in all forms of water, such as rivers, lakes, and saltwater locations.

Because they mimic larger prey, streamers are great for fishing for larger aggressive species such as trout, bass, and predatory saltwater fish. 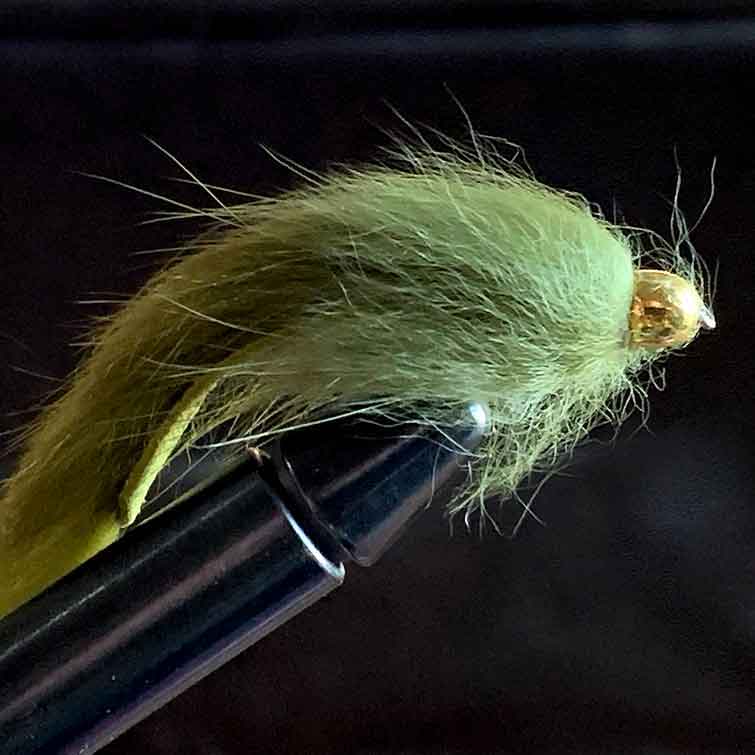 WE LOVE STREAMERS - SO WILL YOU

Check out our articles on Streamer Fly Fishing Patterns

Bass react to fly patterns with aggression. And there is nothing more fun the stripping poppers to entice these predatory fish. Bass Fly Fishing patterns represent frogs, mice, baitfish, and terrestrials.

Fly fishing for bass can be done on the surface and below and is typically fished with a tight line retrieve like a streamer.

Patterns that were once developed for trout are now being used in bass competitions. Flies like the Mini Drunk & Disorderly and the classic Clouser Minnow originally tied for trout are great options for bass fly fishing. 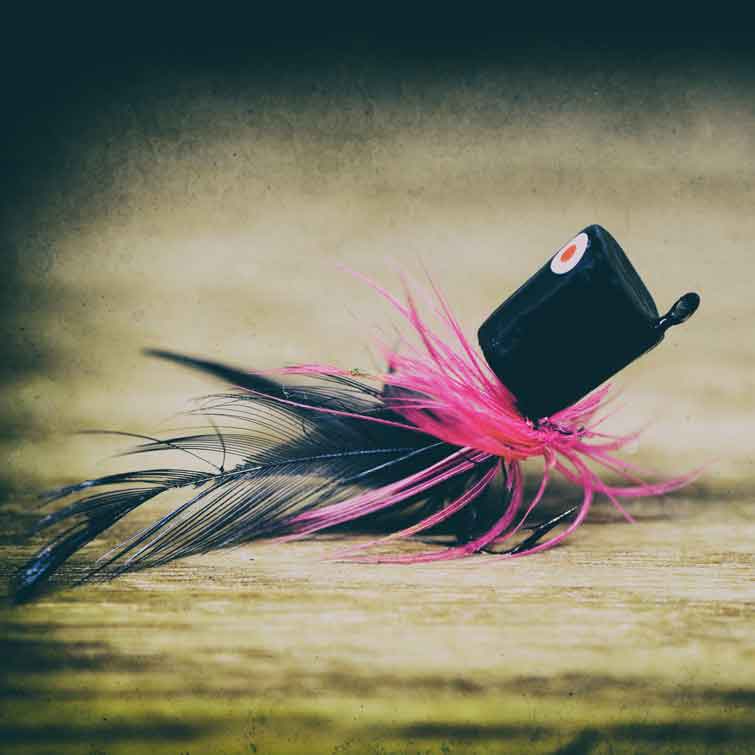 Check out our articles on Bass Fly Fishing Flies

Saltwater fly fishing is done around the globe. Species such as Sea Trout, Bonefish, Albie, Permit, and Tarpon, to name a few. Salt Water fly fishing flies are typically large, so a heavier weight fly rod is needed to cast these flies.

Most Salt Water Fly Fishing Flies represent baitfish. But some patterns represent crab, crayfish, and shrimp as well. Typically brighter in color, these patterns are tied to entice predatory fish. 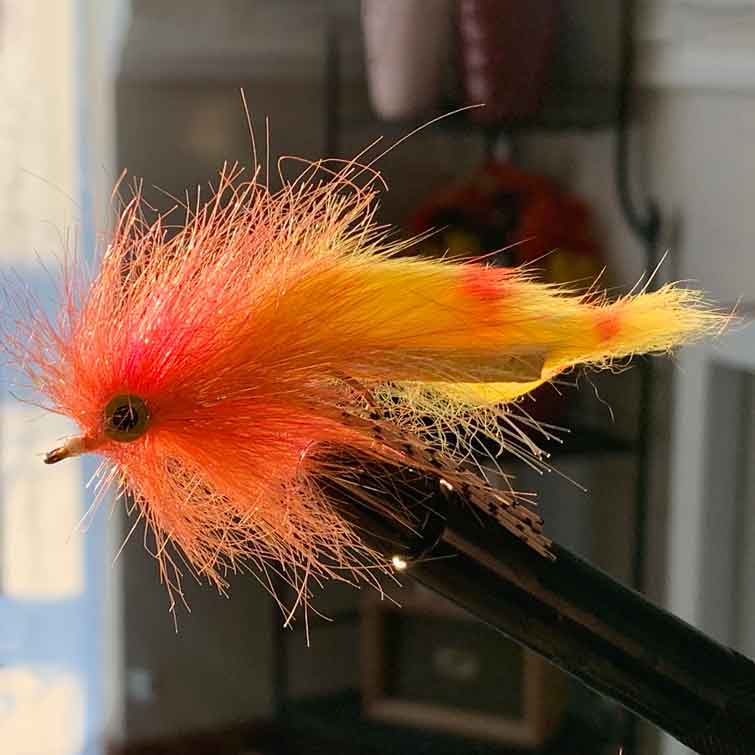